This week Blondie lost a shoe so while I have been out this weekend going rambling for real, Blondie and the Woman have been playing games in the yard. It all looks very straight forward to me, but according to Blondie it’s harder than it looks.

The Woman started by setting up a little course, using things she found in and around the yard. We don’t have a school, and the only flattish field was too wet so she set up the course in the yard. First she let Blondie have a look at each of the obstacles in his own time and being a nosy horse this took quite a while. Then she introduced him to each task and each time he tried to do the right thing she gave him lots of praise, and even treats. When My Mate Roger and I were back from our ramble she had him all tacked up ready to show off what he had learned.

Well that looks easy enough, maybe he should try a mattress next time!

Next was a figure of eight around two buckets, a waste of good buckets if you ask me, they should be full of food!

Okay, I admit it did look a bit scary when the Woman waved a flag all over the place, but Blondie didn’t seem at all bothered, not even when she put it right over his head.

In and out of the trailer is no bother, we do that all the time. Okay, there are some potentially very scary plastic bags blowing around the place, but Svipur didn’t mind those either he just checked them out in case they had treats inside.

Now just a minute, those photos make it look like he did that straight off! Where are the ones in between of him making a mess of it? 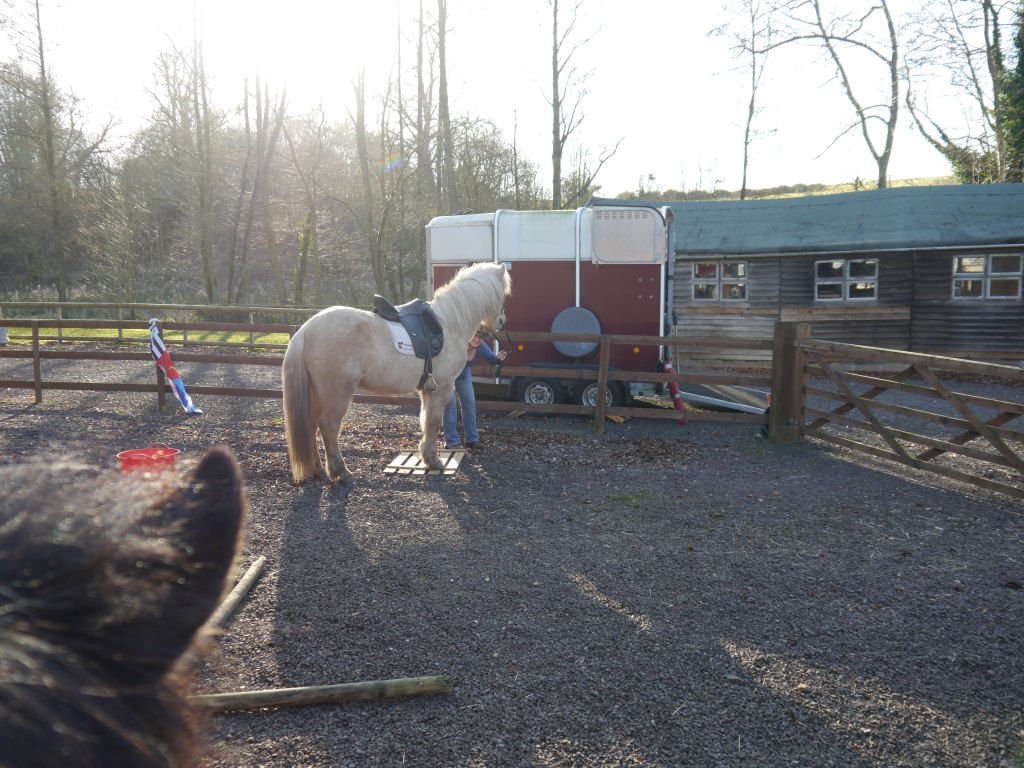 Yes, very clever, even I could learn to stand on a wooden plank for a treat. How many treats did you get before you got it right golden boy!