A few weeks ago The Woman announced she had commissioned a model of me – I was to be immortalised! 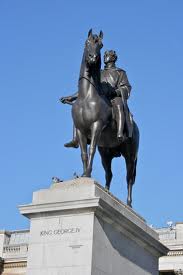 But I was already visualising my statue, I thought I could mount it in Trafalgar Square,

Some fans pointed out that it would get covered in pigeon shit. I hadn’t thought of that. Maybe it could be shown in the British Museum, it would be under cover and there are other status of small riding horses, which look a lot like they are tölting. I’d be in good company. 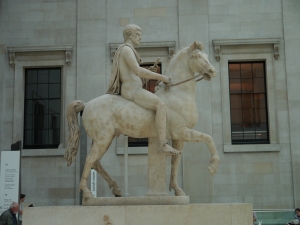 The Woman said the statue was under construction, and I had visions of a grand unveiling

But the Woman also said I should not get carried away and it was more of a model than a statue. My mate Helgi said he would be disappointed if it wasn’t full size. I was getting a little worried myself.

But finally it arrived….in the post! Can’t be very big then (sorry Helgi)

The time for the grand unveiling had finally arrived…..me, at last, immortalised….

It’s cute don’t you think? Just what I had in mind. 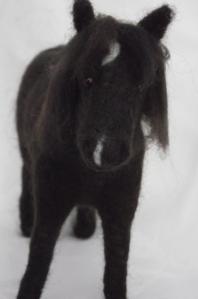